the heart of kromfohrlanders in north america
est. 2012
​ 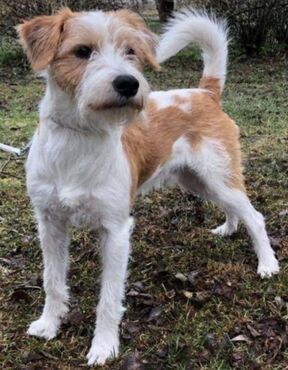 What is a Kromfohrlander?
The  Kromfohrlander was bred  to  be  purely a  companion. They  enjoy  doing what you want to do with them. On this website, you will see photos of Kromis doing  all  sorts  of things. They  are athletic but  have an "off" switch when the task  is  done. Most Kromis prefer their owners  above  all  others  even  though there have been the occasional friendly Kromi  that  likes  almost  anyone. They have proven to be very good, watchful helpers when  their owners are happy or sad and they know  when you are not feeling good. The one thing they are NOT is  a terrier, despite their scruffy look. In fact, 'little  to  no  hunting  instinct' is a  common thing to hear  in describing the Kromi. They are  a great companion, first and foremost, sensitive and loyal and they bring a lot of fun, love and laughter along with unique traits and a creative way of looking at life. •Shown here, DJK Birkenstrand Oatmeal Reissari (Remu). He was born and raised here and exported to Finland in August, 2019• 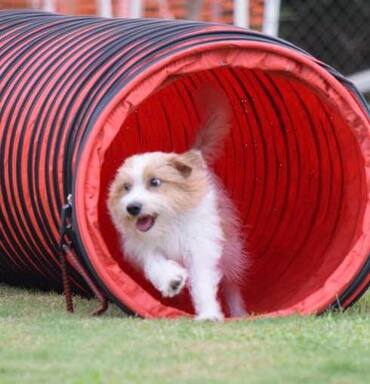 Kromis at Dog Shows
We were the first to ever show a Kromfohrlander in the US at International All Breed  Canine  Association (IABCA),  United  Kennel Club (UKC)  and  American Kennel Club  (AKC) shows. We  were also first  to ever show a Kromi in Canada  at Rare  Breed Club  of Southwest Ontario  (RBCSWO)  shows. All of these were with our first Kromfohrlander, Hoolahop's Felix, from Denmark. He was  also the first Kromi listed in American Kennel Club's Foundation Stock Service. We have done  countless  Meet the  Breed events at many AKC shows and  pet expos, too!  •Shown here, Hoolahop's Rubina (Biju), first US agility female. We imported her from Denmark in November, 2014. She lives in Florida•